DAY 1 CAPPADOCIA - NEMRUT MOUNTAIN :Departure in the morning from Cappadocia , After pass Kayseri visit the 13 th centyry Seljuk Caravansarai "Karatayhan".  The next stop will be in Pınarbaşı for a short tea break than drive to Tekir for Lunch.Take a picture of the beautiful scenery of the Tekir Valley. Drive to Kahramanmaraş to have world famous icecream, than drive to Kahta. Tea break,transfer to hotel,O/N Nemrut ( D )

DAY 2 NEMRUT HARRAN :Very early departure up to the ruins, After get off the minibus twenty five minutes climbing on foot to the top where you will watch the beautiful sun rise between the colossal size statues and heads of the kings and Gods. After sun rised time to walk around and taking pictures.

Then drive back to the hotel for breakfast. Drive to Kahta, on the way visit the ruins of the arsemia Roman bridge of Cendere and Tümülüs Tomb of Karakuş. Tea break in Kahta. Drive to Şanlı Urfa-Harran on the way visit Ataturk Dam which is the biggest dam in Middle east. C/in to hotel in Şanlı Urfa,after lunch visit Abrahams Cave and the Pools of Holy Carp surrounding it, than walk around oriental covered bazaar drive to Harran a village of Spellbinding Mud-Birck "beehive" houses mentioned in the book of genesis where Abraham spend last years of his life.

Visit the ruins of Harran including city walls, oldest islamic university and the castle dated to eighteen century. After the sun set drive back to the hotel, dinner and O/N Şanlı Urfa ( B-D )

DAY 3 GOBEKLİ TEPE - CAPPADOCIA : After breakfastThen tour goes to Gobekli Tepe. The oldest temple in the world so far excavated. Also considered site for the garden of Eden. After drive back to Departure from Şanlı Urfa to Adana-Birecik which is the famous with its bald-ibis ( Kel aynak ) birds.

This birds are living only in Bilecik in the world.There is not much left of them. There is a Breeding farm of Bald İbis birds.having a lunch,drive up to the Taurus Mountain after Adana.Tea break than drive back to Cappadocia.. 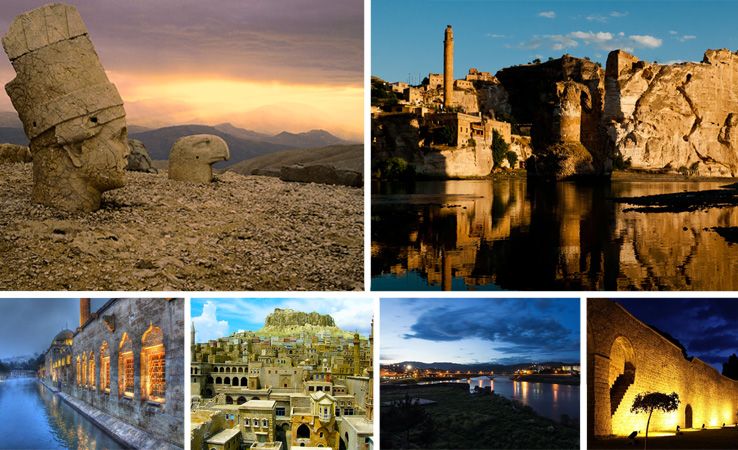