Day – 1 – Istanbul to Trabzon
Early in the morning, we will meet you at your hotel and transfer you to the Istanbul domestic airport for a 1.5 hour flight from Istanbul to Trabzon.
Upon arrival, you will start your full-day tour to Sumela Monastery, Gumushane and Karaca Cave. We will begin this unforgettable day with a drive through the picturesque Pontic Mountains.
A little about Trabzon:
The earliest evidence of civilization in Trabzon dates from 7000 BC. Establishes as a Greek colony ( with Amasra and Sinop) the town benefited from its position on the busy trade route between black sea and the Mediterranean. It grew quickly and was focal point for the Pontic kings. At the beginning of the 13 th century, the Comnene dynasty established a Byzantine with its capital at Trabzon. During the Comnnene era, the city gained a reputation as a beautiful, sophisticated cultural center. The Genoese and the Venetians came here to trade as Trabzon was the terminus of a northern branch of the Silk Route. 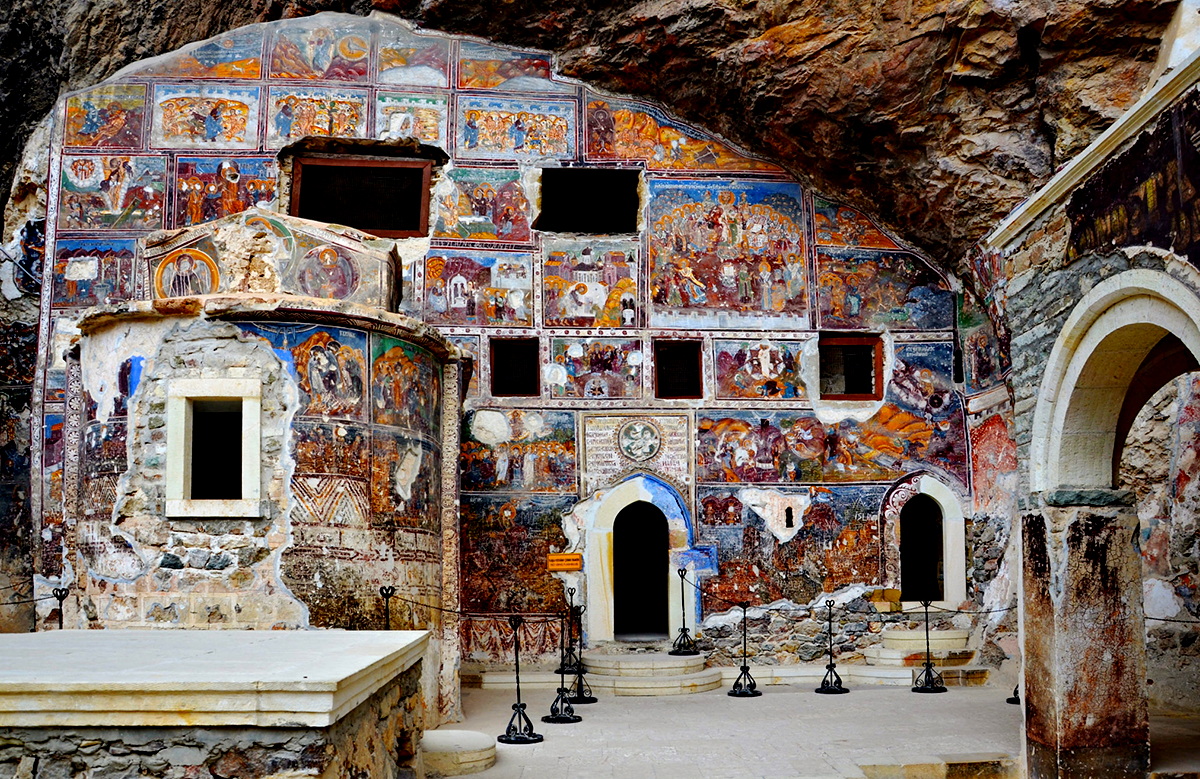 * Sumela Monastery sits high up on the cliffs of Mela, southeast of Trabzon. It was founded in the 4th century by two Greek monks, Barnabas and Sophronius, who were guided to the site by an icon of a “black” image of the Virgin Mary, elegantly painted by St. Luke. After their deaths, Sumela became a place of pilgrimage. Decorated with frescoes, Sumela’s treasures include priceless manuscripts and silver plates. Since the monastery was rebuilt several times, the ruins seen today date largely to the 19th century. During the Ottoman era, Sumela enjoyed the protection of the sultans, but it was ultimately abandoned and also badly-damaged during the War of Independence. In recent years, thankfully, extensive restoration has been carried out.
The Hagia Sophia Church is a stunning Byzantine-period church, is one of the town’s most important attractions.
Ataturk Mansion is a villa that was built in 1890 for a local Greek merchant. In 1924, Mustafa Kemal Ataturk stayed here during his visit to Trabzon, and stayed here again in 1937. It has since acted as a shrine to the memory of the first President of the Turkish Republic.
Overnight in Trabzon

Day 2 – Trabzon to Ayder – (B/D)
After breakfast, first stopping in Uzun Gol lake, we’ll drive onto Ayder. On the way, we’ll pay a visit to tea and kiwi plantations, drive through the incredibly scenic Firtina Valley and visit Camlihemsin and Goksu Falls. Then, we will arrive in Ayder and check into our historic wooden hotel to spend the night. Overnight in Ayder 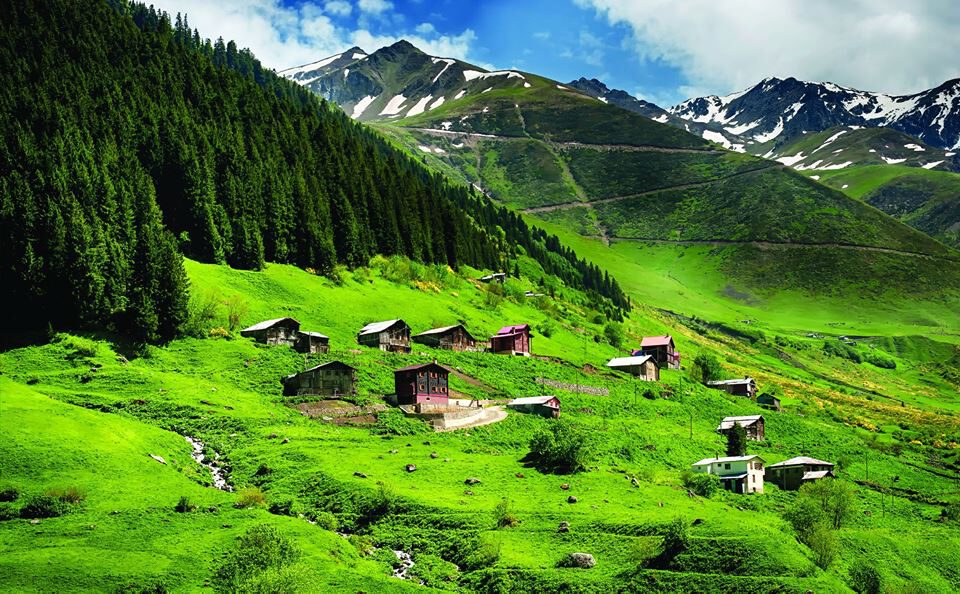 Day 3 – Ayder to Kars – (B/D)
After breakfast, we will depart for Kars; after arrival, we will check into our hotel. In the afternoon, we will visit the famed Medieval city of Ani.
* Ani is an uninhabited medieval Armenian city-site, and was once the capital of a medieval Armenian kingdom that covered much of present-day Armenia and eastern Turkey. The city is located on a triangular site, is visually dramatic with its natural defenses, protected on its eastern side by the ravine of the Akhurian River. Called the “City of 1001 Churches”, Ani stood on various trade routes and its many religious buildings, palaces, and fortifications were amongst the most technically and artistically advanced structures in the world.
Overnight in Kars

Day 4 – Kars to Dogubeyazit – (B/L/D)
After breakfast we will depart Kars for Dogubeyazit, which sits in Turkey’s most eastern district, on the Iranian border. After arrival we will check in at the hotel.
Overnight in Dogubeyazit

Day 5 – Dogubeyazit to Van – (B/L/D)
After breakfast, we will start the day by visiting Ishak Pasa Palace (Sarayi).
* Ishak Pasa Palace is an Ottoman-period palace whose construction began in 1685 by Colak Abdi Pasha, the bey of Beyazit province. According to the inscription on its door, the Harem section of the palace was completed by his grandson Ishak (Isaac) Pasha in 1784. The Palace is more of a complex than a palace; it was the second-most important administrative campus after Topkapi Palace in Istanbul. The palace, built on the side of a mountain 5 km (3 mi.) east of Dogubeyazit, is a rare and magnificent example of the architectural style from the 18th-century Ottoman “Lale Devri” period.
After our visit we will be on our way to Van. First, we’ll stop at Muradiye Falls on the way – here we’ll see an incredible view of Mt. Ararat.
After arrival in Van, we’ll check into the hotel. Overnight in Van 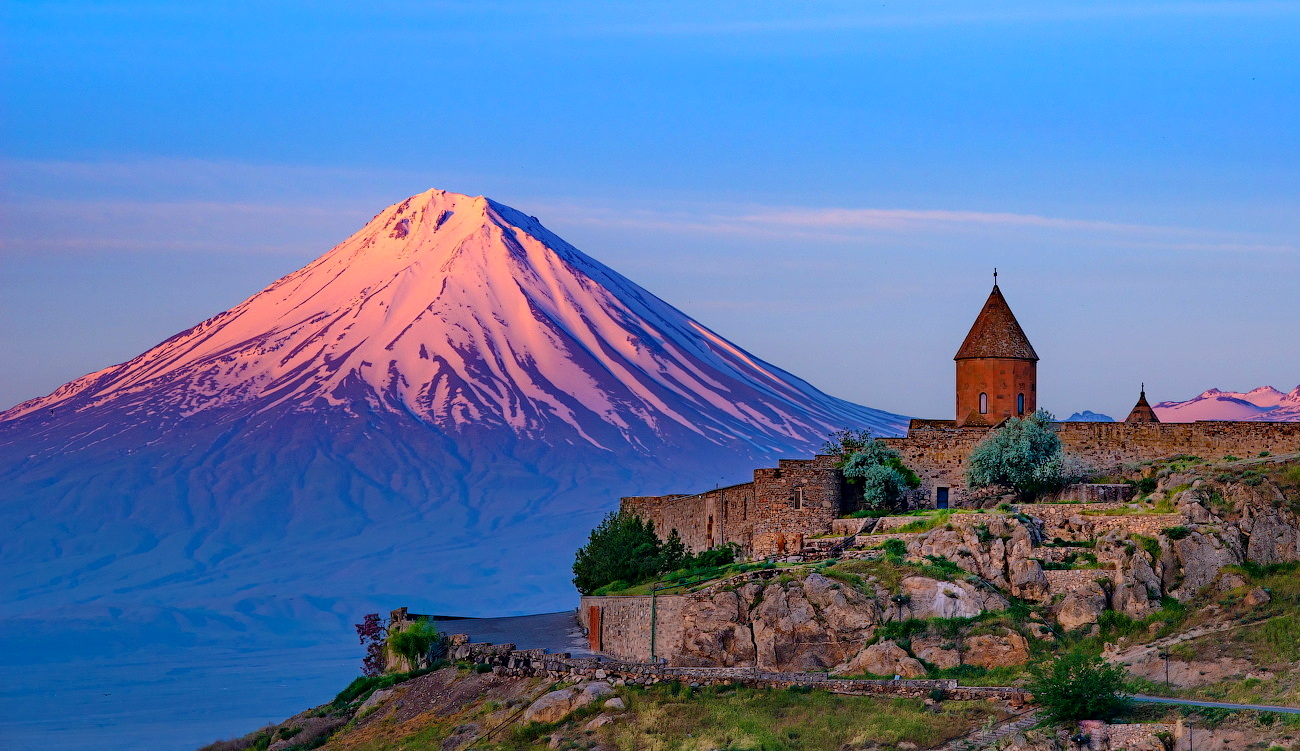 Day – 7 – Van to Istanbul – (B)
After breakfast, we will provide a transfer to the Van Airport for a 2-hour flight back to Istanbul. Arriving in Istanbul will mark he end of this program.

Notes : You can make any changes on the programme, if our programs are not suitable for you. We can work together on your itinerary

Tour Includes
✅ All accommodations based on bed and breakfast
✅ 7 Breakfasts, 6 Dinners
✅ Professional licensed English speaking guide
✅ All entrance fees to the sites stated above the itinerary
✅ All airport transfers by private vehicle
✅ All transportation by A/C ´NO SMOKING’ vehicle
✅ Domestic flight tickets (Istanbul to Cappadocia and Izmir to Istanbul) 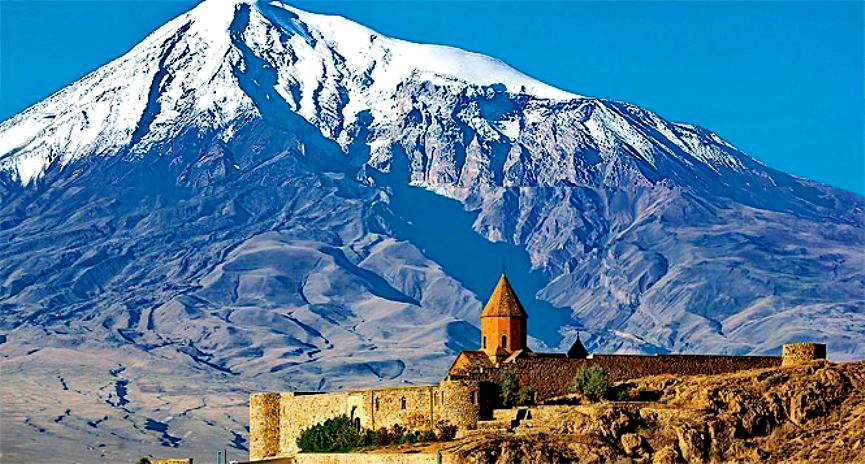 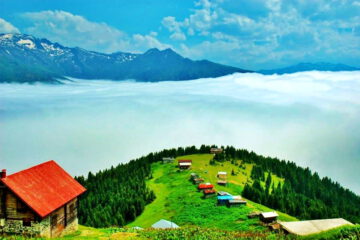 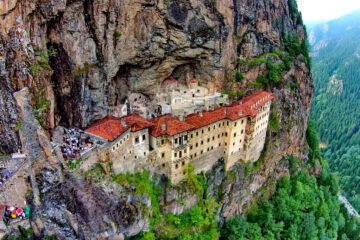 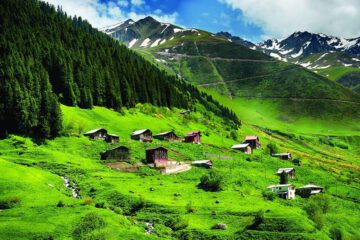