Tour Name : Turkey Tours 5 / 6 Day Trip
Travel Duration : 5Night 6 Day
Service Level : Private Tours
Travel Destinations : Cappadocia,konya ,Egiridir Lake,Pamukkale,kusadasi,Ephesus
DAY 1 : Arrival to Cappadocia
Upon arrival to Kayseri or Will be met at airport, assistance and transfer to the
hotel. There you will have a briefing . Overnight in Antalya..
Overnight: Cappadocia – Meals (NA)
DAY 2 : North Cappadocia
Cappadocia Optional Early Morning Activitiy;
* Balloon Flight Tour in Cappadocia – It offers sweeping views of the rocky
landscape of Cappadocia.
*Goreme Open Air Musuem – (The best rock-cut churches &amp; monasteries of
Cappadocia with frescoes. These churches were designed by some professional
artist of Constantinapolis in Byzantine era ).
* Uchisar Cave Houses and Pigeon Houses – We enter to one of the cave
houses which are used as a cafeteria today and have an apple tea while
relaxing and feeling the cave life in the earlier times.
* The Pigeon Valley – The valley which is housing thousands of Dove-cotes
which was dug out into the cliff of the valley by the farmers of Cappadocia to
collect the guano and fertilize the farms in the past.
* Pashabagi fairy-chimneys Valley known as Monks Valley as well. We see the
natural rock formations resemble the mushrooms with some monks caves in
them. Here the monks secluded themselves from the community to feel closer
to God just like Simeon of Syria who lived a top of pillar in a small room for 37
years. 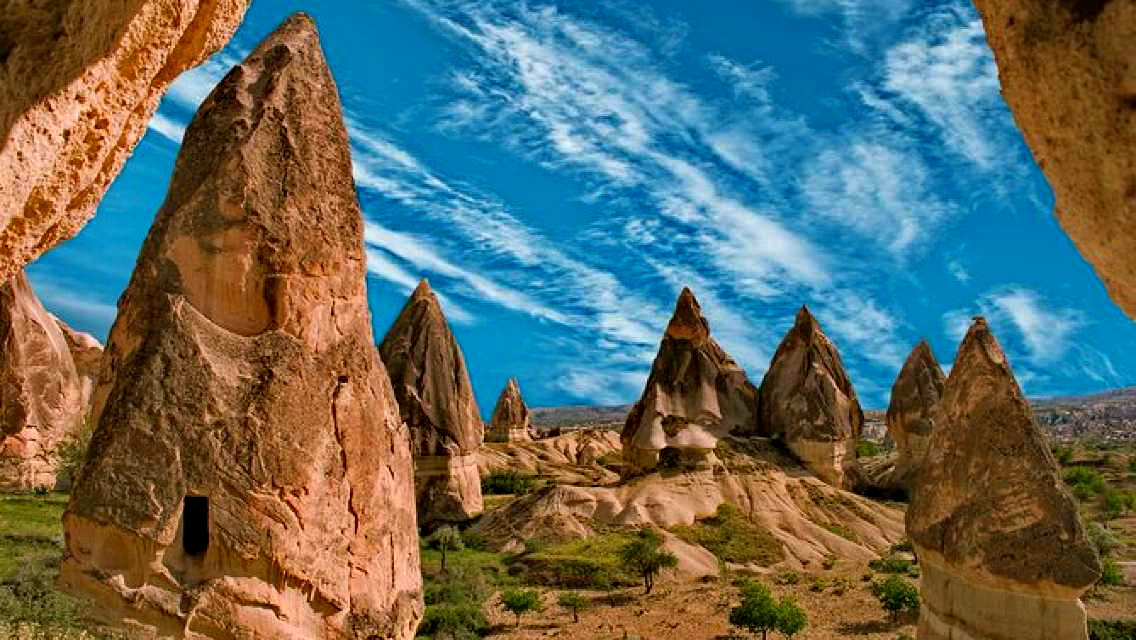 * Avanos – Historic Pottery Town of Cappadocia which is located on the banks
of Red River .Its inhabitants produced poettery since it was estabilshed till
today .
* Dervent valley – also called as Pink or Imagination valley with Its famous pink
rock formations.Here depends on your imagination power you may see many

rock formatins look like different figures..The most remarkable one is the siting
stone camel…
* Urgup fairy-chimneys – They are the symbol of Cappadocia with their caps on
top. There are 5 mushroom -like rock formations just like a family
*Rose Valley -One of the best places to watch the sun set in Cappadocia .The
color of the valley turns to pink even red in the end of the day .
**The sun set is optional. If you have time we will show you the sun set.
Otherwise we just see the valley in the end of the day and go back to your
hotel
Overnight: Cappadocia – Meals (Breakfast &amp; Lunch)
​Cappadocia Optional Night Activities;
* Whirling Dervish Night Show Tour – A show in a 13th C Caravanserai built on
Silk Road.
* Turkish Night Show Tour in Cappadocia – Folk dances and Belly Dance shows
with Dinner.
​DAY 3 : South Cappadocia -Konya ( 250km)
Morning Pick up from Cappadocia hotels (Between 09:00 to 09:30)
* Derinkuyu Underground City – The biggest underground settlement in the
world which was used as a shelter by Christians of Cappaodcia especially in 7th
and 8th C AD.
* Ihlara Valley, enjoy an easy hike through the best part of the valley along the
Melendiz stream, look up and see many of Byzantine era churches, chapels,
monasteries and hermits’ caves. 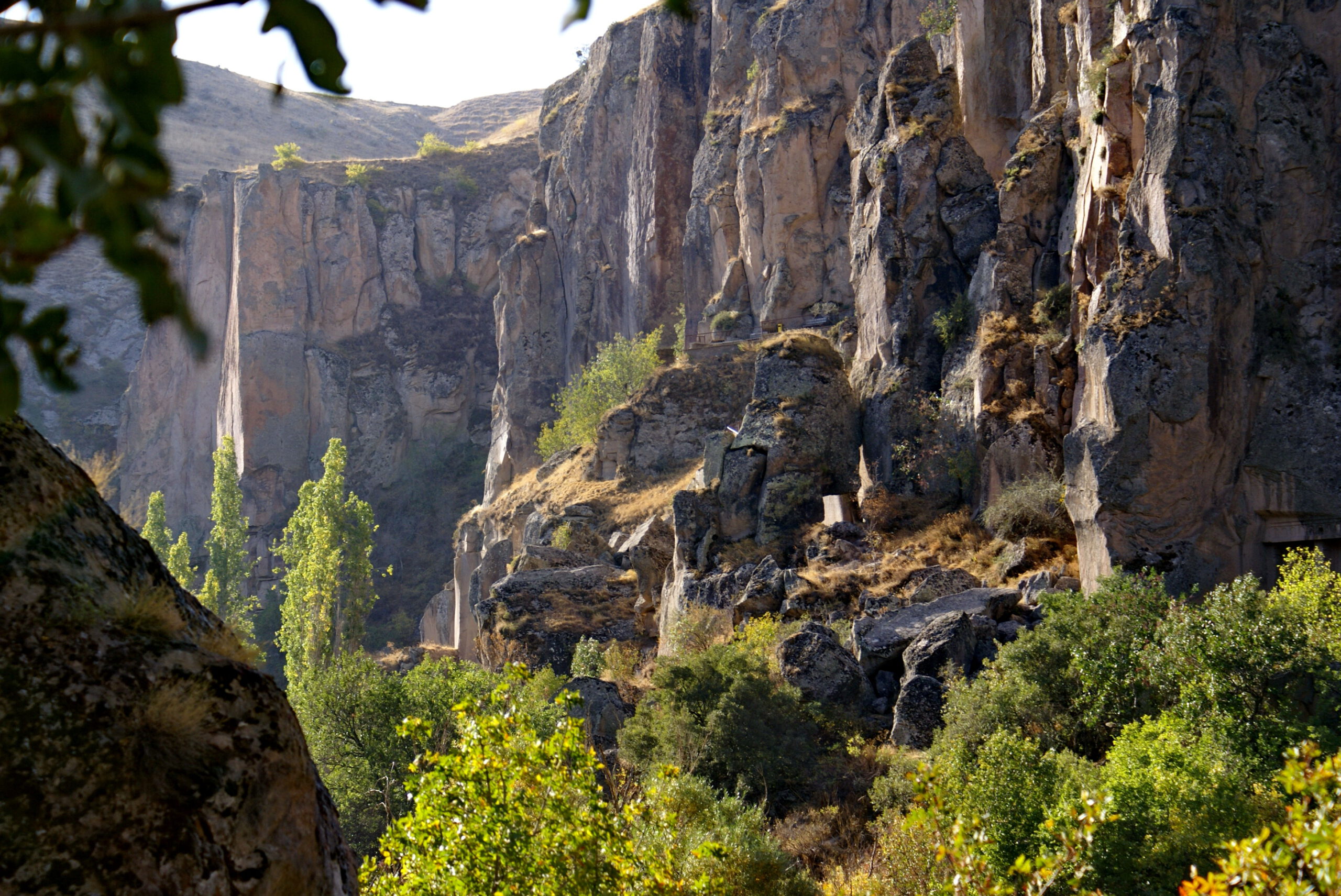 *Belisirma Village- Located in the middle of Ihlara Canyon. The walk ends up at
the village and have the lunch here beside the river.
* Selime Monastery – It has a great view looking down the valley. The
complexes were carved into volcanic rock outcroppings during the Byzantine
period.
• Sultanhan Caravanserai (Silk Road Hotel from 13 C )- The biggest
caravanserai in the world.

​Overnight: Cappadocia
Meals (Breakfast &amp; Lunchand dinner)
​DAY 4 : Konya- Egirdir Lake – Pamukkale ( 390 km )
We explore Koonya city wich was capital city of Selcuk Empire in 12 th and 13
th C.
*Konya Mevalana Museum -The Ruling Monastery of The Mevlevi religious
Order which isbased on human love and tolerance.
We see Mevlana tomb ( the founder of Mevleve religous order and mystic ),
The dervishes rooms , The kitechen , Belonging of Mevlana and dervishes
belonging.
* Ince Minareli Madrasah ( A University from 13 C AD Seljuk Era )
and depart
* Alaaddin Hill and Mosque, The mosque built on the Alaaddin Hill, is the
oldest historical building in Anatolia from the Seljuk period. (1116-1156). After
lunch, Drive to Egirdir LAke
* We drive around Egirdir Lake which is sourounded by mountains and has the
clearest water in Turkey.
arrival to Spa hotel and check in
Overnight in Pamukkale
Meals (Breakfast – Lunch – Dinner)
​DAY 5 : Pamukkale -Kusadasi ( 200 km )
“A great combination of Historical, natural sites &amp; An ancient city of love and
architecture”
* Pamukkale; the beautiful, cascading, snow-white terraced cliff-side basins
and hot spring water famous for the healing properties of their thermal mineral
baths. 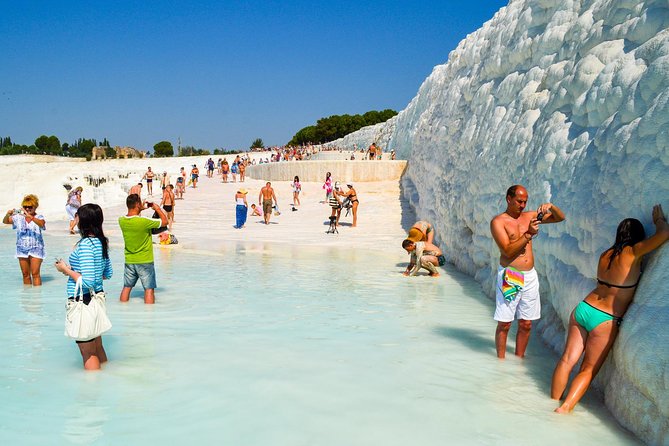 * Hierapolis; an ancient Hellenic and Roman city. See the vast Necropolis
Roman basilica baths, Domitian gate, latrines, Agora, Colonnaded Street,
Byzantine Gate, Roman fountains, and Grand Theatre.
Afternoon departure to Kusadasi.
Arrival around 1700 pm and check in hotel and enjoy the water front of
Kusadasiwhere there are many restaurants , bars, cafeteterias…
“Extra admission fee for historical Thermal pool”
Overnight in Selcuk or Kusadasi – Meals (Breakfast – Lunch – Dinner)
​DAY 6 : Ephesus &amp; Selcuk and transfer to Izmir airport
“A day devoted to the largest open air Museum of Turkey ephesus .”
* Ephesus; tour starts from the upper entrance gate. The Baths of Varius,
Odeon, Prytaneion, Fountain of Polio, The Gate of Heracles, State Agora,
Temple of Hadrian, Temple of Domitian, Library of Celsus, Great Theater and
Harbor Street with the Necropolis will be visited.
* House of the Virgin Mary; where she spent her last days on a mountain
nearEphesus..

* The Temple of Artemis; one of the seven wonders of ancient world was a
famous place of pilgrimage of pagans for centuries.It was known the biggest
temple dedicated to Artemis when it was built in 8 th C. BC.
*St. John’s Basilica, a great church built by Emperor Justinian in the 6th century
on the slopes of Ayasoluk Hill near the center of Selcuk over Saint John Tomb.
we see the ruins of the church and tomb of saint john .
* Sirince – Old Town, famous for its traditional Greek Houses built in 18 th and
19 th C. The fruits wine of Şirince is very famous. , After we visit the town we
have wine at one of the wine shops and departure to Izmir airport in late
afternoon.

Notes :You can make any changes on the programme, if our programs are not suitable for you. We can work together on your itinerary 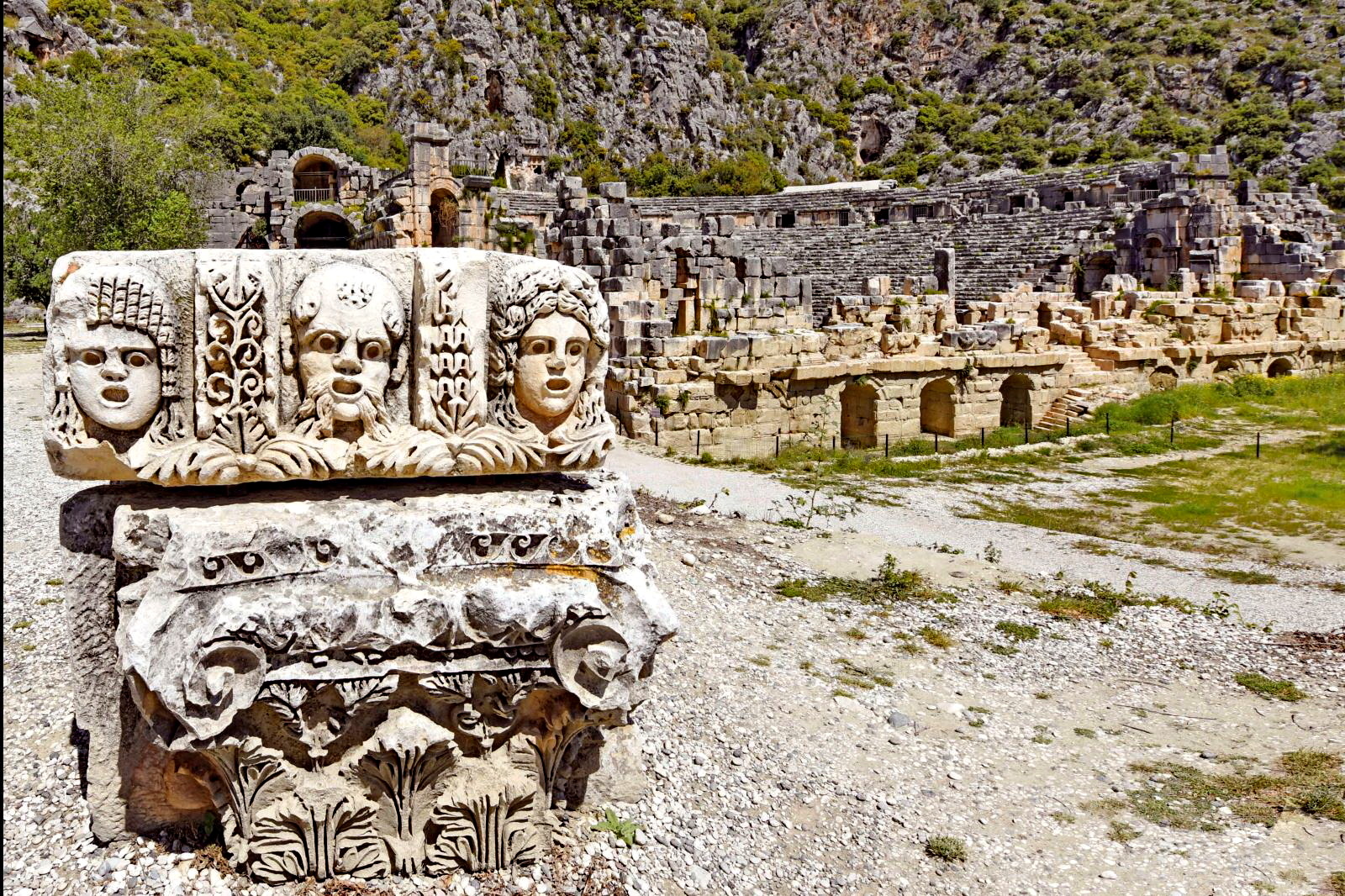 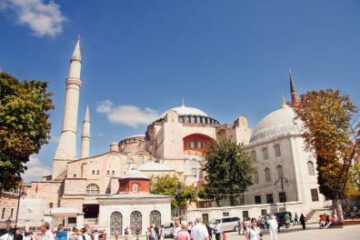 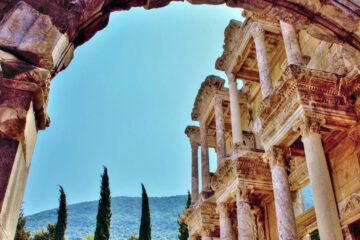 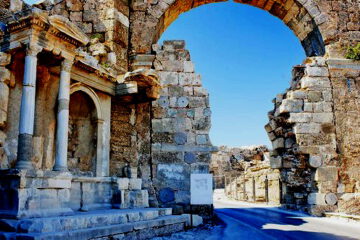